My niece is reading Mistborn! 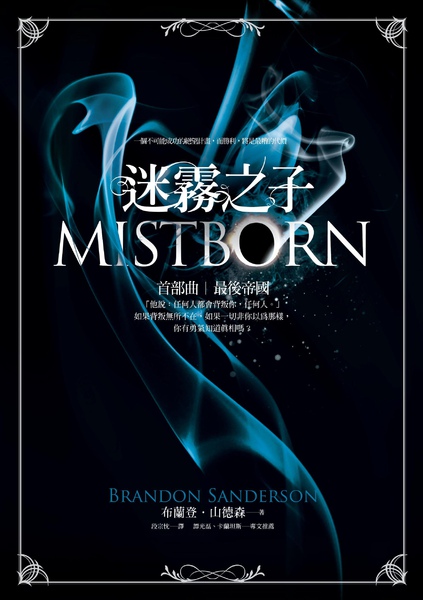 I just found out today that my older niece has read the first book of Mistborn already! I had bought the traditional Chinese edition of the trilogy set for her a couple years ago for Christmas because I was sure she'd like the series. Especially since it has a strong heroine for the main character. She had been excited about the storyline when I described it to her. However, when she saw the actual books, she was shocked at how huge they looked and didn't want to read them. I was definitely disappointed, but I know with her personality that there's no use trying to push her to try. I was hoping that someday she'd eventually take a look.

Today she was asking me about the e-book I was reading on my phone, which happened to be Oathbringer. I told her that it was a series by the same author (Brandon Sanderson) as the books I'd gotten for her before. That's when she told me she'd read the first book. I was quite surprised and delighted. 🙂 It sounded like she did enjoy it, but was still kind of held back from continuing due to the sheer size.

Haha, I can understand. 🙂 I remember putting the first book aside for a while when I was in the middle of it. I wasn't sure I could keep going since it looked like it would never end. I feel that way about the Stormlight Archive series a bit as well. I'll read intensely for a bit, then feel like pausing for a while. But knowing how good the stories turn out, I am confident that I'll get back to it eventually.