I enjoy reading both fiction and non-fiction. For fiction, I read mostly fantasy and sci-fi. For non-fiction, I tend to read books about philosophy, psychology, and productivity.

Mistborn is a series of epic fantasy novels written by Brandon Anderson. It is composed of two trilogies in the same universe set 300 years apart.

Magic is held by Allomancers who consume and internally burn various metal alloys for corresponding powers. For example, burning steel allows an Allomancer to telekinetically push against metals. Mistings can only burn one type of metal whereas Mistborn can burn them all. 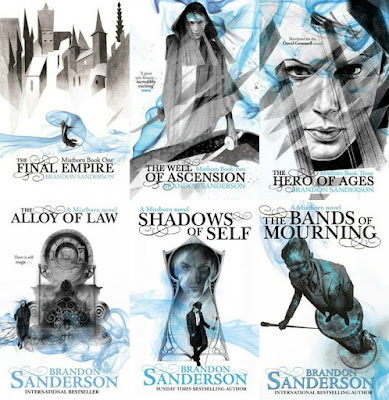