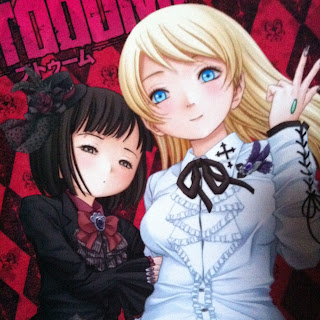 NOTE: This post was written 1/15/2021 but saved for publication after the game finished.

Okay, so here's my rolecard for the Your Turn To Die game on Forum of Lies. Pretty cool! 😀

The special ability is basically an ultimate way to kill anyone I want. And toy with them a bit before doing so. Haha. 😀 I'm just not sure if there are any trials for murders in this game. It only mentions voting using another mechanism. But there are suppose to be deaths in this game, so I'm assuming I'll get a chance if I want. Though I've also considered just using the special ability in a room with all the players and then having fun with everyone. Maybe I'll do that default dance Geyde was doing all the time. Haha. 😀

As for my other ability, I'll probably try to copy Apprentice's passive first and then try others if he doesn't have one available. This should be a cool way to figure out what roles others my have and to also play around with a variety of abilities. My approach for the game will be to try to survive and solve as long as possible. But if an opportunity to escape and win occurs earlier, like through murder, then I'll take it. Going to try not being so timid this time around.