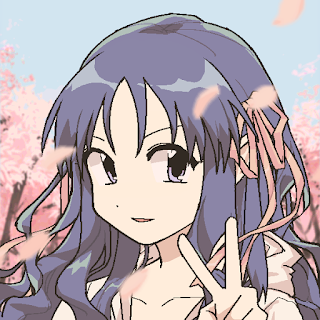 NOTE: This post was written 1/23/2021 but saved for publication after the game finished.

It's the main game phase of chapter 2 in the Your Turn To Die game at Forum of Lies. At first there was a bunch of confusion over who had the Sacrifice card. Chili was keeping up her act with the fake Sacrifice card. I already knew she actually got it from Jane's grave as a card from the previous chapter, but I was going along with the charade to see if she could get important info. I wasn't quite sure why she was keeping it up in the main game phase. Eventually the game host revealed info that pretty much gave away what was going on, so I explained more fully. And I guess we did figure out who likely has the real Sacrifice card for this chapter.

So now it's a matter of avoiding voting for the true Sacrifice and picking someone else to vote for instead. It looks likely that I'll be chosen. I'm not sure how I feel about that. Like some people were saying, this game is really a Survivor game based on popularity and loyalty. It is obvious that many players are placing votes based on who they like to keep around for fun or who they feel bad or scared to vote out. And in the end this is just a game, I suppose it is fair to want to have fun. However, it feels somewhat wrong that they aren't prioritizing actually solving and winning the game. There are clearly certain individuals that should be voted out sooner based on utility, but they aren't doing that.

Anyway, I'm not sure I should say much about this or just let things happen. It's kind of just the way it is and I should accept it. There's really no use trying to change how people play. And in some ways, I'm kind of tiring of this game. I really shouldn't have joined. Previously I already told myself I shouldn't play any of these Danganronpa-style games. But the host is Wazza, and they needed more players to fill it up, so I joined to help out. And it was admittedly kind of fun at the beginning.

BTW, the pic above is the profile pic I made for my character in the game. Everyone was using an online tool to create anime profile pics for how their character looks. My character is Shoda Nori the Ultimate Actress. 😀