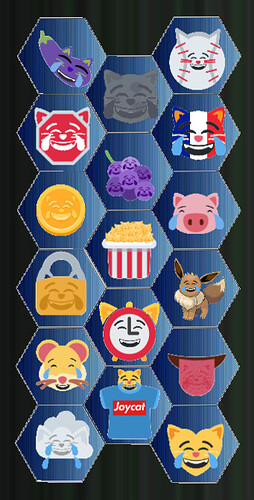 Okay, so I replaced into the Thing Game - Joy Flavor on Forum of Lies. It's an anon game that's mostly mountainous but has flipless night kills and the possibility of the wolves jumping into another town slot for that night kill.

I was really hesitant to join, mostly because it is anon. I also wasn't all that interested in the flavor. And all that's just before the game started. I did sign up as backup when Marshal asked whether I was interested in the game.

I guess there were a couple incidents with players breaking the rules and getting modkilled D1. It also looked like there wasn't much activity overall. So with these additional difficulties, I really wasn't sure I'd like replacing into the game. Marshal didn't actually ping me about replacing in, but I saw the notice on the game thread title asking for a replacement. No one replaced in for the first 24 hours, so I decided I should go ahead and jump in there to help out. So far it hasn't been too bad. I think I'm getting use to handling uncomfortable situations, which is great to know. 😃

Anyway, we'll see how this goes. I do think even situations like this are good for me to learn from.

Oh, BTW, the slot I replaced into is called Joy_Grapes, which was the slot I guess would be needing a replacement. I had even thought of some clever things involving The Grapes of Wrath and saying that the thread felt like the Depression and maybe quoting from the book. But then I chickened out and didn't do anything. Haha. 😃 At least I did saying something about squashing the previous Grapes and making wine and letting the joy flow or something like that. 😃