Important to know when to move on 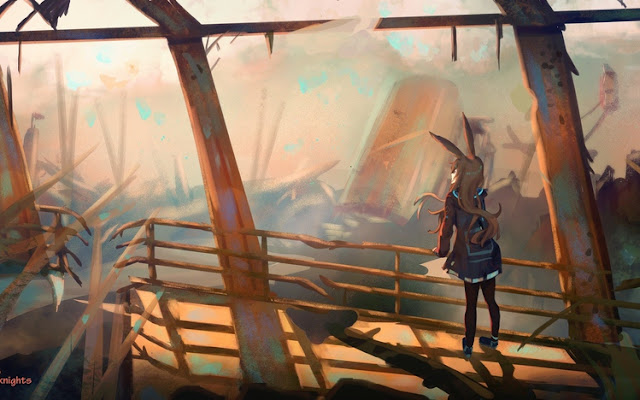 It's important to know when to move on. People always hear that and realize the truth, but it is still a difficult thing to do.
I've mostly decided to move on from Arknights. I may drop in once in awhile, but I've been getting annoyed with the daily grind in there. I really haven't played a new level for fun for awhile now. It was still a nice experiment while it lasted. I do hope I can go back and watch or read something that goes through the whole storyline sometime. It really is a fascinating story.
I had considered watching the TV series Stargate because my friends Constantyne and Mia both talked about how they loved it. There are actually a few different series in that universe. I think I had watch some of the original SG-1 series awhile back. I downloaded a couple seasons of it and started watching the first two-part episode. I skipped through it some. And when I was done, I realized that the TV show is just too old for me. I know that I won't feel like watching it long-term. Even though the storyline is interesting, I really don't think I'd make it far in the series. I did consider skipping to one of the newer series, like Stargate Atlantis. But even that I don't think I'd feel like watching for long. There are so many other shows I've been wanting to watch that I feel a stronger pull towards. So it would be best to just quit now on this idea than wasting time.
I'm still considering what to do about Mobile Legends and the Mistborn Clan for that. I have a feeling that I might let those fade away too. There aren't really any members left who feel very enthusiastic about keeping things together and starting up tournaments again. I know that I can't do it alone. I don't really have the desire for the game. And when League of Legends: Wild Rift finally comes out, I think I'll be more invested in that. But even sooner, SINoALICE is probably going to grab my attention.
And besides games, I've been realizing I need to go through other aspects of my life and establish what I want to quit or decide on not starting up. I feel that I'll need to actually write down these decisions so that I can see them again in writing. And writing really does help me organize my thoughts. I've missed blogging. I'm glad I'm getting back into it.
arknights experiment friends games scifi sinoalice tv writing