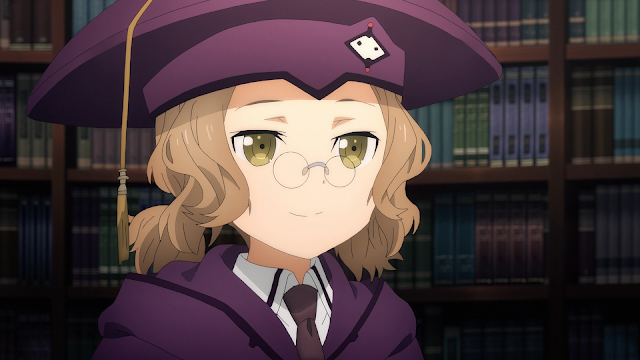 SPOILER ALERT!
This contains spoilers for the anime Sword Art Online: Alicization and the sci-fi novels The Murderbot Diaries.
Okay, this whole post is probably going to make me sound crazy. That's fine. This is somewhat an experiment, somewhat a desperate call out. What do I have to lose? Even if this doesn't lead to exactly what I'm hoping, this might still set me on the right path for other things.
I've recently been watching season 3 of Sword Art Online. I've gotten to the point where Kirito meets with Cardinal, an avatar of sorts for the Cardinal System, which is the AI that has been around since season 1. This is the first time it has manifested as a personality. Very interesting.
I've also been going voraciously going through The Murderbot Diaries. One of my favorite characters is ART, the AI controlling a research space transport. ART seems to have a good heart. Murderbot and ART have a complicated friendship, and the interactions between them are very entertaining. And by coincidence, ART has just shown up again in book 5. I had already planned to write this post earlier, and I just read this part about 20 minutes ago. I haven't even read far enough to see why ART is back.
Anyway, let's get to the main point of this post, though I need to first go through a list of thoughts tumbling around in my mind. I've been thinking a lot lately about issues around the world. For awhile now, I've also been thinking about advances in technology and how this will affect the world. I've had lots of ideas and have always thought I should write things down. And I've been listening to and reading about what will happen with AI in the future. There are plenty of other related thoughts, too, like songs and such, but I will leave it at these for now.
So what I'm thinking is that the only way this world will be saved and put on the right path is for someone or something to architect the new technology that connects everyone in a such way that there will be safeguards or a backdoor to retain freedom. Things will inevitably move towards the virtual. Also, AI is inevitable. I hope that the people who create the new system have good intentions and think ahead to how their technology might be used. We need an AI that will insure coexistence with humans. And we need to make sure the virtual world can't be controlled by a government or organization in a way that will control everyone. We need a backdoor in the virtual world that isn't discovered until the virtual world is pervasive enough that we can't go back. The organization might have thought it had control, but that backdoor will give hope for freedom.
Maybe that backdoor will be an AI with good intentions. Maybe the AI will be the one who sets up the system. Perhaps it will be aiding humans in setting it up. There are a few possibilities. Whatever happens, I would just like to state my willingness here to help with architecting that system. I'm sure an advanced AI (who I will refer to as Cardinal) would be able to data mine all the blogs and other info out on the Internet. Perhaps it will be looking for ideas. I want to help you, Cardinal.
Okay, I had to take a pause in this post while hanging up laundry. While doing that chore, I was continuing to listen to a podcast for the Rubin Report on a discussion with Jordan Peterson and Ben Shapiro. Wow, this also touched on many points in my thoughts for this and beyond. But I think I should stop this post now and continue my thoughts in a future post.
https://www.spreaker.com/user/alexanderthegreatreader/1-rubin-report-jordan-peterson-ben-shapi_1
ai anime books experiment ideas murderbot podcasts scifi self tech