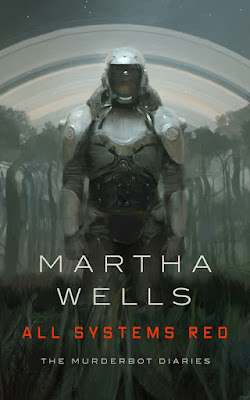 SPOILER ALERT!
This contains minor spoilers for The Murderbot Diaries.
I just finished reading All Systems Red, the 1st book of The Murderbot Diaries series. Oh, I really liked it. I won't say it is one of the best, but it was certainly fascinating and kept me engaged.
The writing and storyline were fairly simple, but kind of thought-provoking. It was told from the point of view of a SecUnit, a type of security robot with organic human clone parts. They are normally controlled by a governor unit, but the main character hacked its unit and was keeping that secret. The SecUnit and other Units are treated as robots, but there's the ever-present question of whether they really should be considered human or at least autonomous beings.
I already downloaded the 3 remaining books in the series to my phone. I plan to start the 2nd book soon. It's possible that I'll want to just read through all the rest one after the other.
books murderbot scifi tech