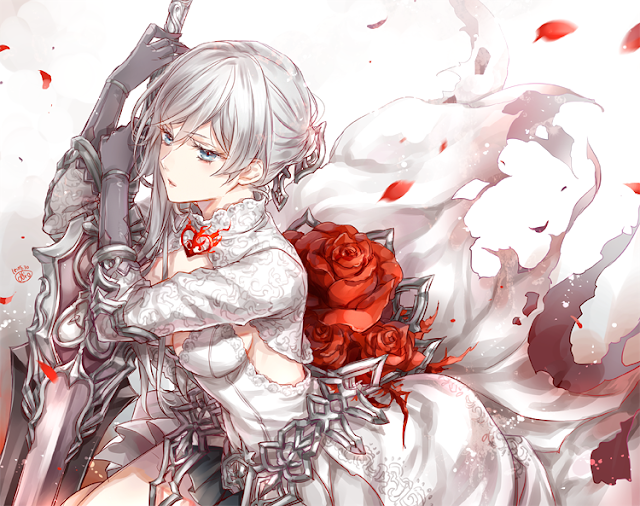 Well, we faced a couple losses in SINoALICE Colosseum. For our first loss, the opponents were quite overwhelming. We kind of knew from looking at their roster that they would beat us. We did almost manage to tie them, though. They killed us first and attacked our ship, but we managed to kill them the second round and attack their ship. However, they then got the upper hand again and came out ahead.
Our second loss was today. We were fairly evenly matched. Neither side managed to kill off everyone and get to the ships. The score was pretty much tied throughout the battle. They managed to eek out ahead of us. The main problem seemed to be that they somehow managed to really buff up their vanguards and debuff ours. Some of our members attributed this to the nightmares they used, which I can agree accounted for some of it. But still seems strange that they managed to get so far ahead of us in 3 areas of the buff/debuff battle. We do have a problem with a couple DPS members holding out on upgrading until the Nier banner is released. I do hope that does indeed help them when it comes out later this week.
I've been impressed with one of members named Jxac. He's our top player in points. In some groups, the top player is somewhat boastful, but Jxac is not like that. And he seems to make mostly positively constructive comments and stays optimistic about our future chances. I wrote him a DM on Discord to thank him for that.
games sinoalice