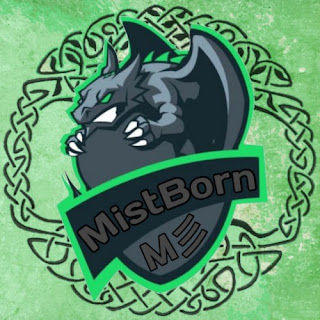 I just saw an email from one of my old friends from Mobile Legends. I feel so guilty about leaving my Mistborn clan, but I had to. I had a nervous breakdown from all the pressure during that time. Though not all of it was due to Mistborn, certainly a big part of it was. It was an unfortunate combination of work, family, and social pressures all bearing down on me at once. I couldn't handle it.

After my breakdown, my therapist got me to admit my involvement with Mistborn. He strongly suggested that I needed to immediately cut ties with the group for at least a month to get back to stability. I reluctantly did as he asked and found that he was correct. As I spent more and more time away from Mistborn, I had to admit that I was feeling better overall. I had a clearer picture of what those relationships were doing to me. However, I held a lingering guilt. There were still a few people I missed so much.

Now that I've spent all this time away from them, I am wondering whether to return to Mistborn. I do miss the good times we had. However, I may need to disband Mistborn and just return as a simple friend and not a leader.

I added a link to my old Mistborn website that leads to this blog. If one of my old friends happens to find it and comes here, then I'll take that as a sign of fate...
games mistborn mobile.legends social